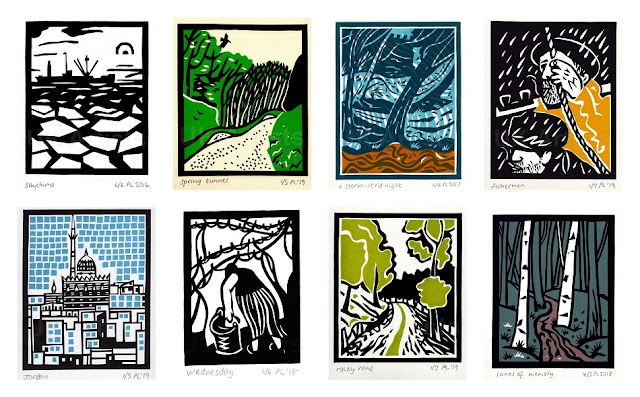 In their early days, humans were part of the landscape. In these islands their houses looked like haystacks. Today's houses look like square blocks and humans aren't part of the landscape, they are its dictator. I suggest such mastery is due to an ability to cleanly cut a range of materials. Today, humans can cut out anything on the planet and we all now live in a cut-out world. The clothes on our back, the shoes on our feet, the food we eat, the car we drive, the book we read: all and everything is cut out. I notice that people sometimes think of themselves as cut-outs, remarking that they are not cut out for this or that, carrying the implication that there is something else that they really are cut out for! Cutting out then is an authentic way of representing this world. The principle suggests collage and especially all areas of printmaking that use cutting techniques.

Unlike most printing methods, collage isn't repeatable but still has a lot going for it. A selection of papers, a pair of scissors and a pot of glue will set you up at not too much expense. The images produced are bound to be bold or odd or arresting or all those things, just like the world we live in. Personally, I don't much enjoy working with glue so I incline toward printmaking. Surveying the scene, I've found no single technique quite fits the way I want to work and so I developed my own way of making images by cutting and printing from rubber. The technique is somewhat akin to lino-cutting but a bit easier to work. The tools I use are pretty ordinary, they are knives, gouges and a straight-edge. The simplicity of the tooling is a strength of the process; the method is very direct and for just a few pounds you can be up and at it!

While collage offers a low-cost entry into cut-out, setting up a printmaking facility can cost thousands of pounds. However, there are now many excellent workshops and institutions where printmaking can be tried out and practised. Guidance and mutual support will be on hand too, although such places are of course mainly located in the urban areas. People like myself who live out in the sticks will likely have to manage for themselves. Even so, the main expense of a printing press can be postponed by manually pressing paper to the print matrix, pushing the ink home with simple tools and elbow grease. Such method allows the possibility of producing large scale prints bigger than might be accommodated by a typical artists' press. 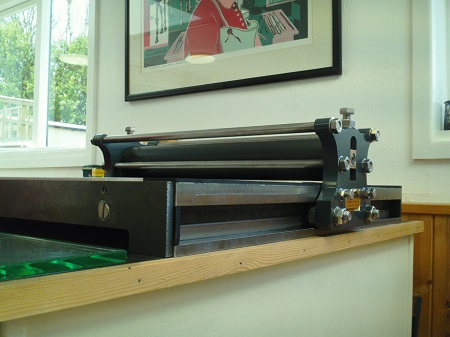 Peter's printing press, made by Beyond Letterpress, UK.

What are the pros and cons of printmaking versus painting? On the down side, printmaking is non-portable and requires more space. The equipment is expensive and the process takes more time. Multi-colour register is another difficulty. And yet, the awkwardness and even mis-register of colours can bring liveliness to the work. Also, misfit is a significant feature of human experience. The snags within the process then help to illuminate the conundrum of being human.

On the up side, there is always a delightful element of surprise when the first print is revealed, the work never transfers entirely as expected. The medium offers unique characteristics such as smooth vignettes and accommodates a wide variety of style and materials. Perhaps due to its flatness, print comes across with high impact and fast readability, matching the verve of modern life. There is a strong personal stamp - the author is more easily recognisable in print than in any other visual medium. A broadsheet or pamphlet allows the work to be held in the hand. A print will cost less to buy than a painting. Images can be repeated on different papers and printed in different colours. And when a print is sold, the author may still retain a copy of their own.

For myself, the greatest appeal of printmaking is that it cannot help but describe the ways and means of human life. And the fact that no matter how much preparation has gone into any project under the sun, our every effort is leading up to one moment. Crossing some line, making a landing, finding an opening, getting a result or coming to a realisation - all are replicated in the moment a rolling print press sweeps an image onto a sheet of paper. Voila!

Posted by Grace Newman at 05:39 No comments: 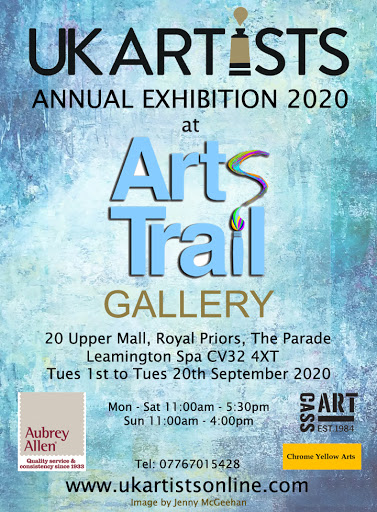 More information
Posted by Grace Newman at 15:00 No comments:

Posted by Grace Newman at 18:29 No comments: 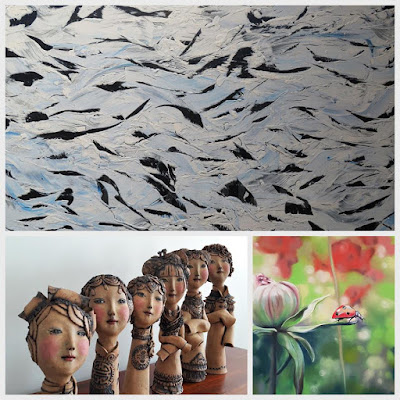 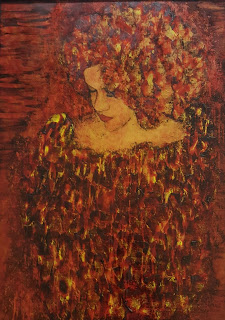 Posted by Grace Newman at 15:13 No comments:

Posted by Grace Newman at 09:12 No comments: 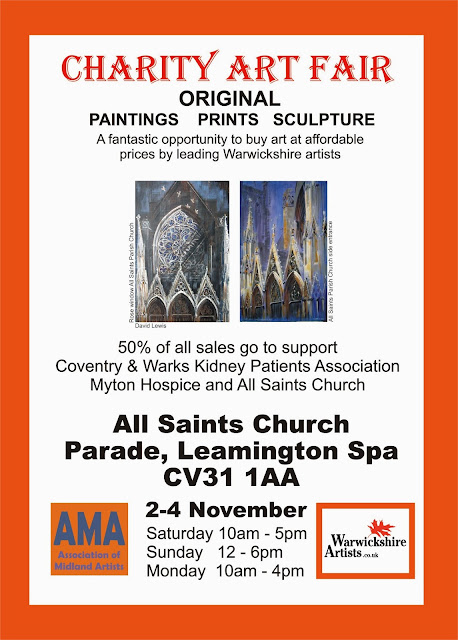 Posted by Grace Newman at 03:10 No comments:

Below are the winning artworks and the judges comments. 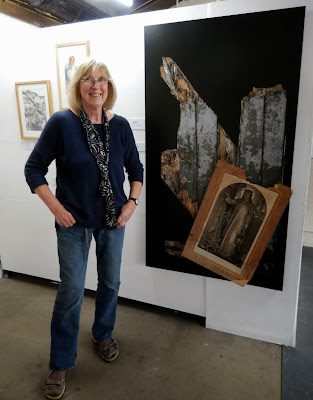 The judges thought this work to be particularly original in its re-interpretation of a familiar religious story.

They felt that the collage of found art, in juxtaposing driftwood and an old engraving, worked at more than one level.

It conveys the original allegorical meaning that finding redemption merely requires the sinner to ‘open the door’. And it adds a new layer of meaning by inviting us to imagine that we, the viewer, might discover Hunt’s Biblical message in the accidental association of the remains of a door and a worn Victorian reproduction of the original. 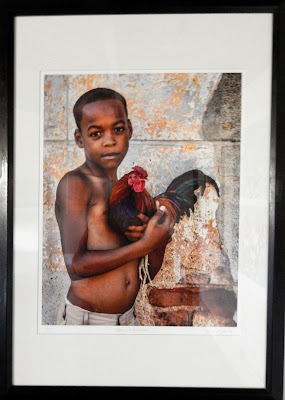 They liked the way in which the tight composition of boy and animal invites us to return the boy’s gaze, to speculate about the relationship between the two and, perhaps, to imagine their possible futures. 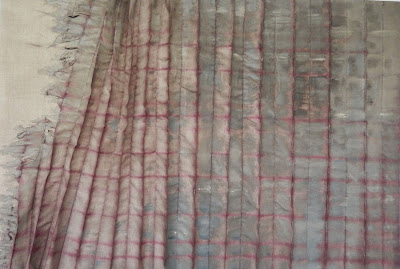 The judges felt that this work came closest to the competition’s brief with its exploration of the effects of time on the cultural heritage.

They thought that the abstraction of this work was particularly successful because it had something to say about the universality of man versus nature and the fate of our civilization. 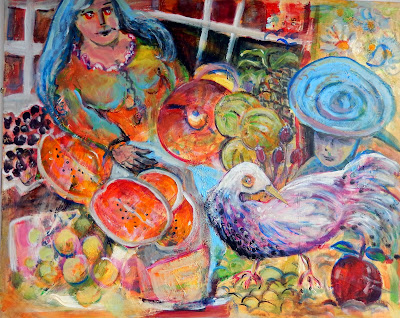 The judges were much taken by both these works for the different ways in which they explored the relationship between Man and Nature. 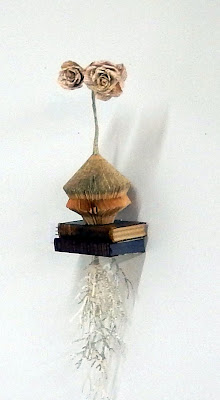 Bronia's book sculpture won the People's Choice prize by an enormous lead over the other artworks in the show. Below are the results of the top ten favourites.

Posted by Grace Newman at 15:39 No comments: